Pitfalls of Passive Index Investing?
The Impacts of a New “Nifty” List in the S&P 500 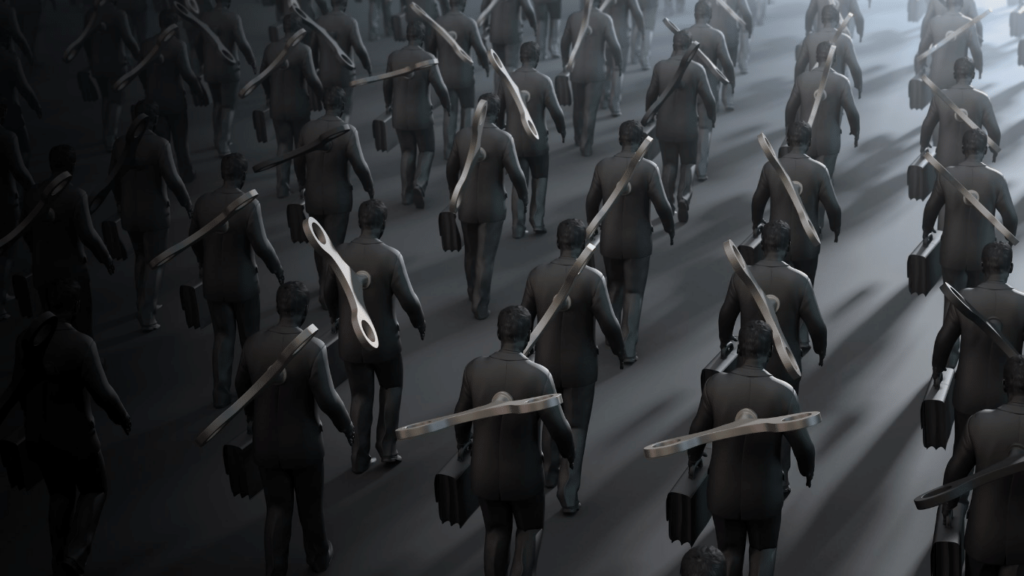 John Bogle is often credited with being the father of passive investing.  Certainly index-based investing had no evangelist more passionate and influential than Mr. Bogle.  However, the argument can be made that the current craze for S&P 500 index products shares a lot of similarities with a trend that dominated investment thinking in the late 1960’s and early 1970’s- the so-called “Nifty Fifty” stocks.

The Birth of Passive Investing – The ‘Nifty Fifty’

Taking root in the late 1960’s, the idea behind the Nifty Fifty was that there existed a collection of 50 large cap companies with tremendous growth prospects and dominant market positions.  The key to investing success was remarkably easy.

If we fast forward to today and update our list, it would be called the “Nifty Five Hundred.”  The committee at Standard & Poor’s Financial Services LLS maintains their list of 500 stocks that represent the breadth of American industry.

As a capitalization-weighted index, the S&P 500 is dominated by the largest companies.  In the S&P 500, the largest 50 stocks account for over half the index’s value.  One could make the argument investing in a S&P 500 index fund is not radically different than investing blindly in the Nifty Fifty stocks half a century ago.

So how did the Nifty Fifty perform when the tables turned?

The S&P 500 lost over 40% during the bear market of 1972-74; many Nifty Fifty stocks did worse.  Usually, growth stocks fare poorly in bear markets when valuations matter.  The Nifty Fifty with the highest price/earnings ratios fell tremendously from their peaks.

Of course, there are some differences between the Nifty Fifty and the S&P 500-craze we are seeing today.  It could be argued that conditions in today’s markets make the potential problem worse.  There was no single, official list of the “Nifty Fifty” stocks and no index based upon the fifty.  Mutual funds were much less prevalent and ETFs were non-existent.  401(k) plans didn’t exist yet.

Today a whole infrastructure exists to funnel trillions of dollars into the S&P 500 that did not exist 50 years ago.  If and when this strategy reverses, the impact might be much more wide-spread and harmful.

So what is the relevance of revisiting the “Nifty Fifty” craze?  Half a century later, what lessons can be learned that apply to passive investing in the S&P 500 today?  As students of history, we believe there are three takeaways:

At Swan Global Investments we take the long view– looking both forward and backward.  The Defined Risk Strategy was designed for a complete market cycle, covering both bull and bear markets.

Sometimes it takes years or even decades for a complete market cycle to occur, but our strategy was designed for a long-term time horizon.  Moreover, the Defined Risk Strategy was built using lessons learned from history.  If you look back far enough, we believe the old saying “there is nothing new under the sun” rings true.

Marc Odo, CFA®, FRM®, CAIA®, CIPM®, CFP®, Client Portfolio Manager, is responsible for helping clients and prospects gain a detailed understanding of Swan’s Defined Risk Strategy, including how it fits into an overall investment strategy. His responsibilities also include producing most of Swan’s thought leadership content. Formerly Marc was the Director of Research for 11 years at Zephyr Associates.

Swan Global Investments is an SEC registered Investment Advisor that specializes in managing money using the proprietary Defined Risk Strategy (DRS). Please note that registration of the Advisor does not imply a certain level of skill or training. All investments involve the risk of potential investment losses as well as the potential for investment gains. Prior performance is no guarantee of future results and there can be no assurance that future performance will be comparable to past performance. This communication is informational only and is not a solicitation or investment advice. Further information may be obtained by contacting the company directly at  970-382-8901  or  www.swanglobalinvestments.com.  346-SGI-121621.