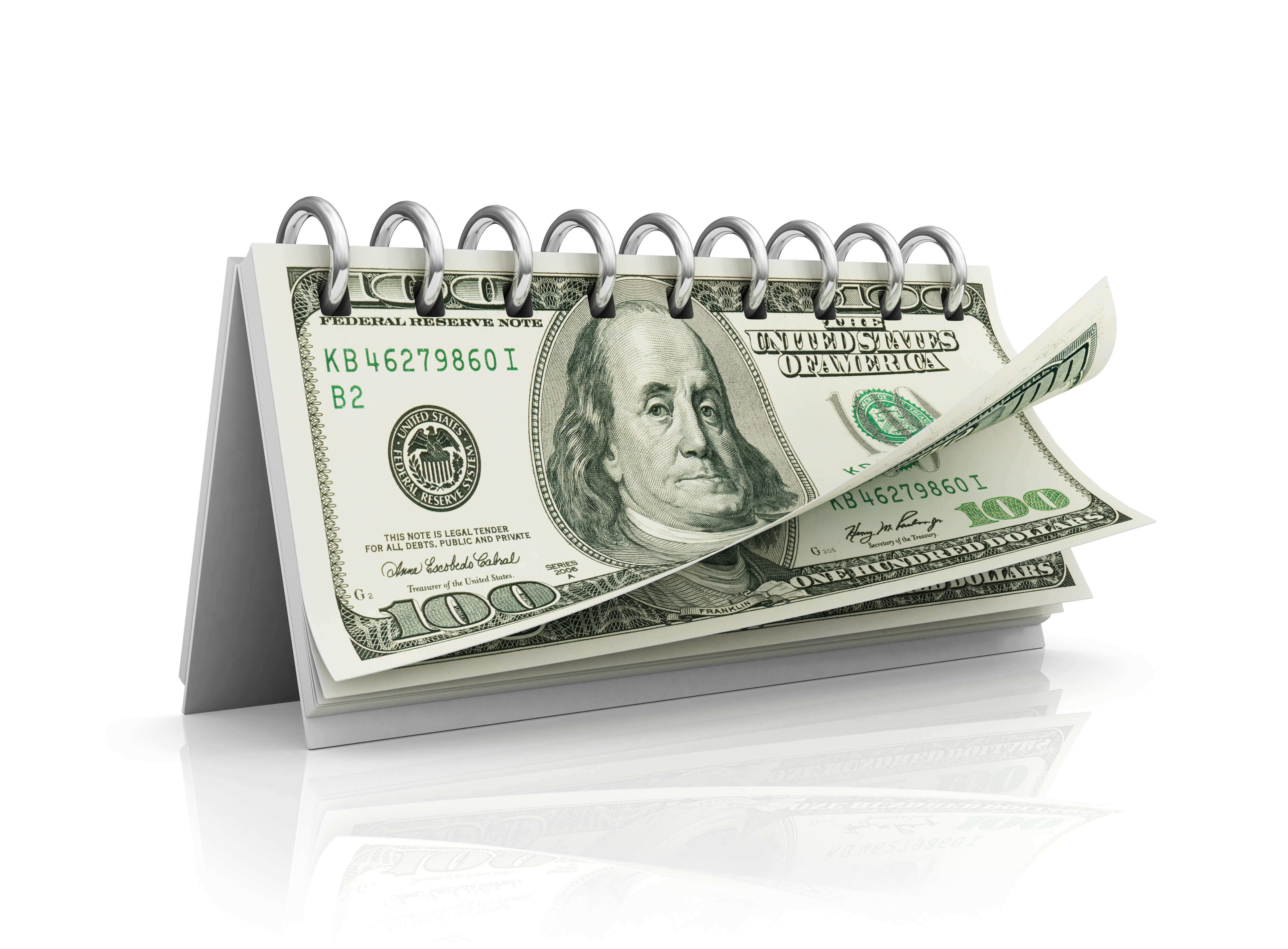 Target Date is Out of Date

It’s fair to say that most people like when complicated concepts or difficult tasks are ‘made easy’.

But how have some of these ‘made easy’ products delivered upon their expectations over time?

According to Morningstar’s “2019 Target-Date Landscape” report, there is an estimated $1.09 trillion of assets under management in target-date funds; growth in assets have more than quintupled since 2008. In addition, there is an estimated $660 billion in collective investment trusts (CITs) that are invested along the same lines as target date funds.

Morningstar makes the statement that “Given their default role, broad diversification, and shifting asset allocation, target-date funds may possibly serve as an investor’s single retirement-plan investment for decades.”[1] 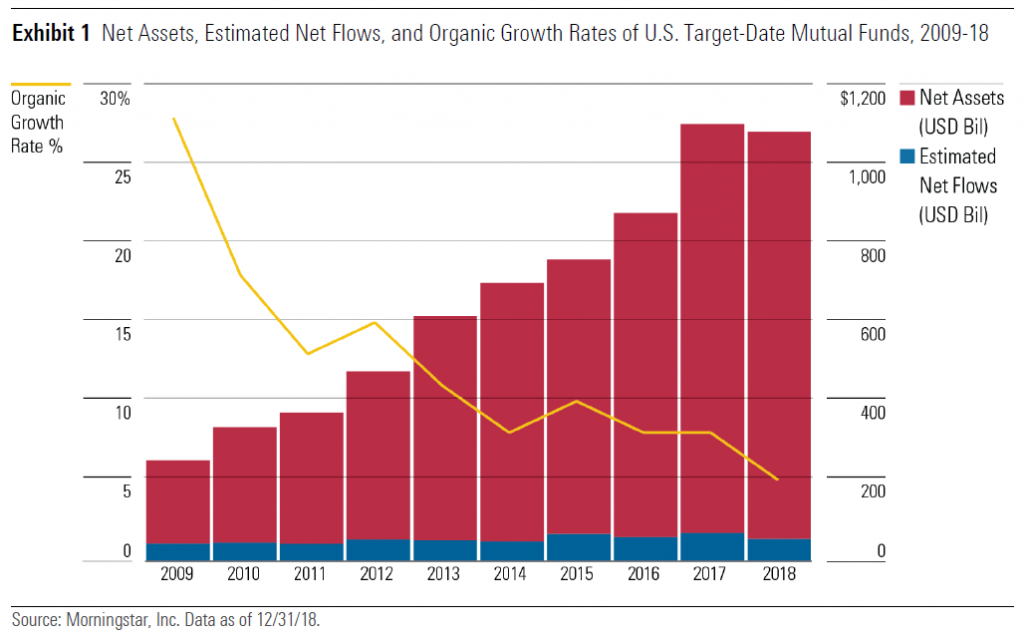 Certainly, having a “one-click solution” for defined contribution plan participants offers a lot of advantages.

According to a May 2015 report from the Government Accountability Office[2], 52% of households over the age of 55 have no 401(k) or IRA savings, and of the 48% who do the median value is only $109,000. Given the widespread financial illiteracy and low savings rates of the average American, making the process of saving for retirement as easy and painless as possible is an attractive proposition.

The concern, however, is that by utilizing a “painless” solution at the outset, investors are setting themselves up for pain in the future.

‘Made Easy’ Products May Make Retirement ‘Not So Easy’ 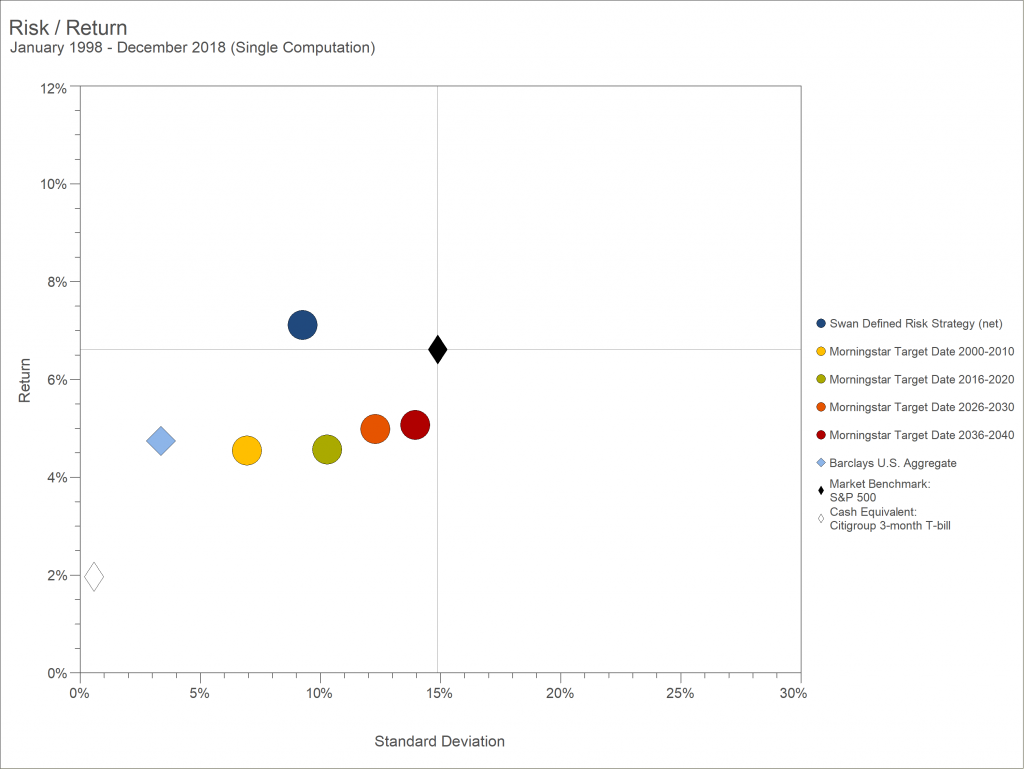 Certainly, the risk has increased across the spectrum as one moves from conservative to aggressive. But what has been lacking is a corresponding increase in returns. It is unlikely that returns in the 5% range were what investors in these products were anticipating. However, what is perhaps more concerning is how target-date funds performed during the big equity bear markets.

Target-Date Funds and the Bear

If target-date funds are supposed to get plan participants to their retirement goal, they should help protect participants as they get closer to retirement from bear markets that threaten their life’s hard work.

So how well do they do that?

The chart below details the peak-to-trough losses of the average target-date funds over the last 20 years versus the Defined Risk Strategy (DRS), a hedged equity approach that seeks to lessen the damage to portfolios during bear markets. 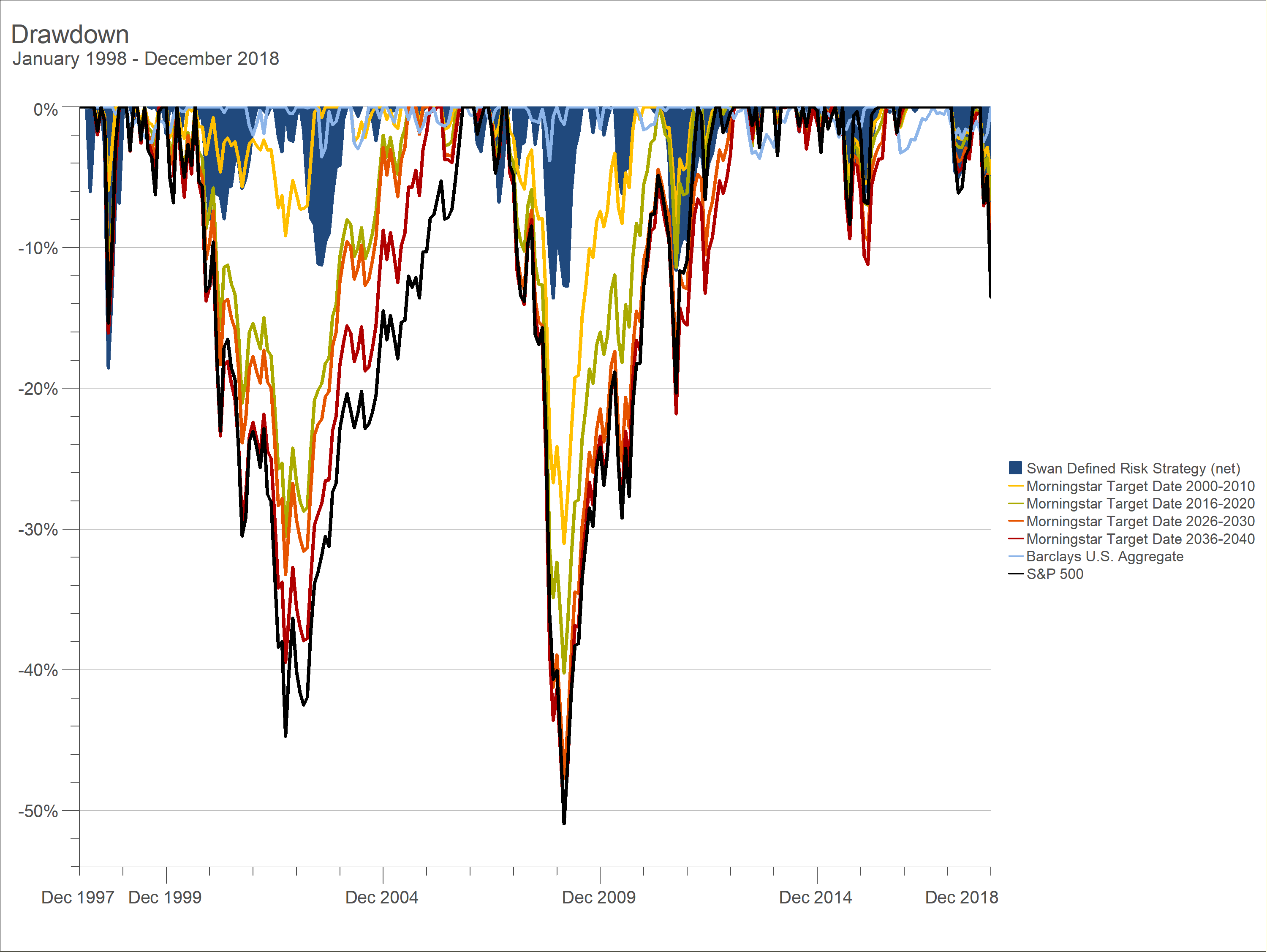 Of particular concern is the performance of the average Morningstar Target Date 2000-2010 fund during the 2007-08 correction, as represented by the yellow line in the graph above. These portfolios were some of the most conservative target-date funds available, positioned as appropriate for someone who was planning on retiring sometime between the year 2000 and 2010.

Yet when the credit crisis hit in 2007-08, these funds lost an average of 31.03%. They spent a full three years underwater before recovering their losses. Many Americans were hit doubly hard during this period, where their investment losses were paired with unemployment, stagnant wages, falling home values, or other financial challenges.

How likely were these investors to retire on time?

Contrast those losses with those of the DRS, which experiences much less pain during the major bear markets.

Another Way to Make Target on Time

The poor performance of the target date funds, especially during the two major bear markets since 2000, highlights one of the core tenets of Swan Global Investments’ philosophy.

We believe that traditional asset allocation and diversification fails to sufficiently protect wealth during periods of severe market downturns.

After all, the textbook descriptions of asset allocation often state that market risk, or systematic risk, simply cannot be diversified away. The vast majority of target date funds seem to passively accept this risk by holding the vast majority of their assets in simple stock-bond combination. 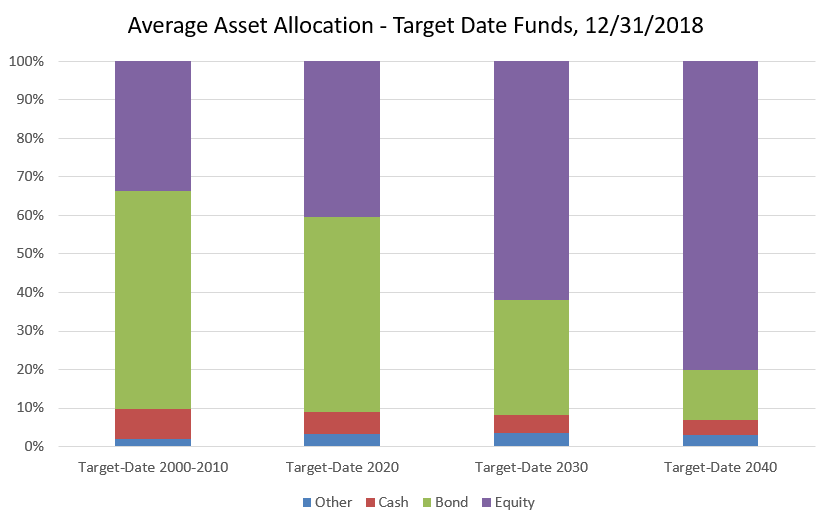 We believe a hedged diversified portfolio may limit the impact of life-changing downturns thus helping participants reach their retirement goals on time.

The Defined Risk Strategy takes an active role in confronting market risk with a rules-based hedging strategy. Our distinct investment approach has been applied to a range of asset classes in a suite of DRS mutual funds.

The Importance of Avoiding Big Losses The Best Way to Make Money, Is to Not Lose It — This post examines the claim that minimizing losses is more important to the ultimate success of an investment plan than maximizing gains.

The Importance of Consistency of Returns Consistency is King, both in Sports and Investing Consistency of returns is an important driver of overall investment results, just like in sports and other areas of our lives.
The State of Fixed Income Examine the state of fixed income. For a long time, bonds provided both income and protection. With low but rising rates, will this continue going forward?

Marc Odo, CFA®, FRM®, CAIA®, CIPM®, CFP®, Client Portfolio Manager, is responsible for helping clients and prospects gain a detailed understanding of Swan’s Defined Risk Strategy, including how it fits into an overall investment strategy. Formerly Marc was the Director of Research for 11 years at Zephyr Associates.

The Retirement Conundrum: Untying the Gordian Knot Examine how the individual components of the typical 60/40 portfolio and target date funds are ill-positioned to get investors 'to and through' retirement. The paper also introduces some possible alternatives to both capital preservation and income.
Math Matters: How Math Impacts Results Investors often are unaware of the math that really drives investment results. This paper dives into the 4 main mathematical principles behind long-term investment success.

Swan Global Investments, LLC is a SEC registered Investment Advisor that specializes in managing money using the proprietary Defined Risk Strategy (“DRS”). SEC registration does not denote any special training or qualification conferred by the SEC. Swan offers and manages the DRS for investors including individuals, institutions and other investment advisor firms. Any historical numbers, awards and recognitions presented are based on the performance of a (GIPS®) composite, Swan’s DRS Select Composite, which includes non-qualified discretionary accounts invested in since inception, July 1997, and are net of fees and expenses. Swan claims compliance with the Global Investment Performance Standards (GIPS®). All data used herein; including the statistical information, verification and performance reports are available upon request. The S&P 500 Index is a market cap weighted index of 500 widely held stocks often used as a proxy for the overall U.S. equity market. Indexes are unmanaged and have no fees or expenses. An investment cannot be made directly in an index. Swan’s investments may consist of securities which vary significantly from those in the benchmark indexes listed above and performance calculation methods may not be entirely comparable. Accordingly, comparing results shown to those of such indexes may be of limited use. The adviser’s dependence on its DRS process and judgments about the attractiveness, value and potential appreciation of particular ETFs and options in which the adviser invests or writes may prove to be incorrect and may not produce the desired results. There is no guarantee any investment or the DRS will meet its objectives. All investments involve the risk of potential investment losses as well as the potential for investment gains. Prior performance is not a guarantee of future results and there can be no assurance, and investors should not assume, that future performance will be comparable to past performance. All investment strategies have the potential for profit or loss. Further information is available upon request by contacting the company directly at 970–382-8901 orwww.www.swanglobalinvestments.com. 248-SGI-060419